Love Your Library: Bestselling author asks ‘Where Will You Be In Five Years?’
Fairytale Friendship: Mini horse mourns the loss of her dog sister

It is a sensitive subject. Ask for a CEO’s salary and the answer is likely to be a cold stare. But in an era of financial scandals, calls for fiscal transparency are on the rise. Not only corporate CEOs, but also executives of tax-exempt nonprofits are finding themselves under scrutiny to prove their financial houses are in order.
Read More

You gotta love a company with geek appeal. Unless you’re a rocket scientist, you may not have heard of Ansys (Nasdaq: ANSS), which sells engineering software used by the lofty likes of NASA.
Read More

In his late 70s, William Kronenberg began feeling lousy. Exhausted and aching, he figured he had overdone it during his move to California from New York. It was 1987 and not an auspicious start to his retirement in Laguna Hills with his wife, Dorothy. Consultations with physicians at UCLA resulted in bad news. Kronenberg wasn’t just tired. He had hairy cell leukemia, a serious, sometimes deadly, but slow-moving form of blood cancer, so-named because of the fuzzy “hair” that surrounds affected white blood cells.

When a legendary local company is taken over

Analysts give Qualcomm credit for having technology that trumps systems by rivals. My article details why the company is in the wireless cat-bird seat.

She Put Truth on the Front Line

It was 1944, and Martha Gellhorn’s goal was to sneak ashore during the bloody D-Day invasion of Normandy. But as a reporter and a woman, her chances of getting into the action were slim to none.

Unfortunately, if they watch him on TV broadcasts, they hear only about five seconds of a much longer speech. It’s tough to get a clear picture of his economic policy decisions that way.

In 1862, Emily Dickinson tried, and failed, to write a poem about a hummingbird. She decided that the final piece was awkward, and put it aside. Eighteen years later, she returned to the poem, editing the original 20 lines down to eight.

In Search of a Multicultural Media

It’s a deal that results in the disappearance of the second-largest African American-owned media company in the country. On November 3 Viacom Inc., the media giant that owns CBS, UPN and a smorgasbord of other media offerings, announced that it would purchase the privately held BET Holdings II Inc., including Black Entertainment Television, for $2.3 billion in stock.

When Newsbytes writer and editor Kevin Featherly coined the phrase “Napstered” to refer to the illegal sales of his articles online, he was joking. An avid user of the controversial music site where users can “share” copyrighted tunes over the Internet, he found it ironic when he discovered his own intellectual property for sale on Contentville.
Read More

Low on Profits, High on Attitude

E*Trade’s irreverent advertisements portray it as the hippest place to invest online. But coolness might not equal cash.

“We’re so much more than a cheap trade.” 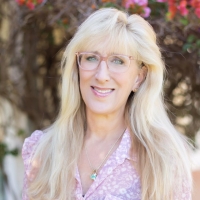 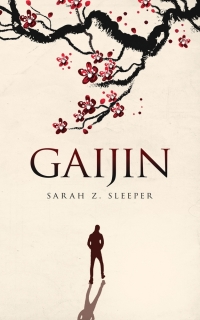