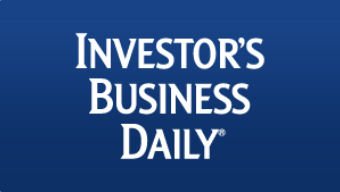 Unfortunately, if they watch him on TV broadcasts, they hear only about five seconds of a much longer speech. It’s tough to get a clear picture of his economic policy decisions that way.

The Fed site is a wealth of information that goes unnoticed by many Web surfers. It has an e-mail service for economic news. There are online request forms for Freedom of Information Act documents. It even has an offshoot site with economic games for
students.

“We are constantly working on our capabilities,” said Katie Meskill, manager of information technology for the Fed. Meskill was behind the site’s original launch in 1996. She’s also overseeing upgrades that will make it easier to use by January 2002.

It’s all part of a “transparency” policy championed by Greenspan and Vice Chairman Roger Ferguson. “The public has a right to know what its public officers are doing and why,” said Ferguson. A lack of transparency equals a lack of credibility, he says.

The Federal Reserve site comprises some 28,000 files, so some data are hard to track down. But many of the site’s features are clear and easy to use. Here’s a sampling.

—On the main page, there’s a concise blurb about the Fed’s duties .By logging on, a visitor can learn that the Fed was formed in 1913. It supervises banks, sets the nation’s monetary policy, maintains financial system stability and provides financial services to the public.

—Right in the center is the Freedom of Information Act link marked “FOIA.” Under the FOIA, the Fed and other government agencies must give the public access to actions and decisions. The Fed says it can fulfill online requests for such information within 20 days.

This section also includes a link asking for public comment on pending actions—though it’s not exactly buzzing with activity. On Oct. 17, for example, the Fed posted a proposed revision to the governance of international banks. The proposal calls for international loans to be consistent with generally accepted accounting principles, or GAAP. As of last week, no one visiting the site had made a comment. The deadline to do so is Dec. 1.

—The “What’s New” link takes visitors to news posted within the last two weeks. This section includes new research, for example, that shows that check writing in the U.S. has declined. Electronic payments, meanwhile, are rising.

“Checks have declined from approximately 85% of non cash payments since the last study in 1979 to about 60%today,” the site said. The section is loaded with other interesting tidbits. But there is one small glitch: Users must go to “Press Releases,” a different link, to sign up for e-mail news alerts.

—Banks and consumers can cut the time of submitting federally required forms by using the “Reporting Forms” link. The Fed collects data about deposits and reserves, for example, to calculate reserve requirements. It also uses data from finance companies, securities dealers and utilities to analyze overall banking and economic conditions.

—Click on “Regulation and Supervision” to see enforcement actions taken by the Fed. It’s updated every Monday and posted in a PDF file, which is readable by Adobe Systems Inc.’s Acrobat Reader. The document is called the H.2. It includes the latest decisions made by the 12 Federal Reserve banks around the country, as well as the Federal Reserve Board.

This section also has an online learning program called “The Checkers Bank.” Visitors use it to train themselves on how to avoid breaking consumer-protection regulations.

—The newest addition is Fed101, at federalreserveeducation.org. It’s an online classroom, complete with interactive games for high school and college students. It was launched on Sept. 27. It uses graphics, quizzes and self tests, such as the “Peanuts & Crackerjacks” game.

Courtesy of the Federal Reserve Bank of Boston, the game lets you play baseball with nine innings of economics lessons. The game covers everything from supply and demand to salary caps.