Low on Profits, High on Attitude 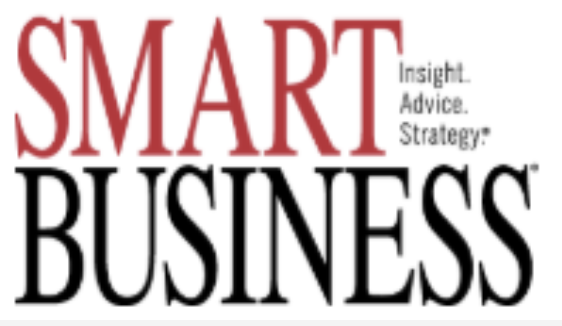 E*Trade’s irreverent advertisements portray it as the hippest place to invest online. But coolness might not equal cash.

“We’re so much more than a cheap trade.”

So says Michael Sievert, chief sales and marketing officer of E*Trade, in defense of his well known, but as-yet unprofitable employer. But is playing it cool and attracting erstwhile kids to the online brokerage enough to make it in the big leagues?

“There’s a certain ‘with-it-ness’ that E*Trade really conveys in our messages that resonates with today’s online investor,” says Sievert. At a cost of $170 million for the first quarter of 2000, E*Trade spins an ongoing lineup of irreverent spots including ads about its recently launched E*Trade Bank, apparently targeted at hip twentysomethings with too much disposable income.

Unlike competitor Fidelty, whose advertising highlights “responsibility, education and insight,” E*Trade is the soul-patched renegade of the financial world, wooing customers with electronic edginess and accessible, inexpensive services.

Unfortunately, corporate hipness is not in question for E*Trade. What is in question is whether the company can make any money with what some analysts say is a losing proposition.

Bank of Nowhere
Rapid decreases in valuations of dot-com companies across all industries this year, combined with E*Trade’s net losses in the range of $23.2 million for the first three months, foreshadows more troubles to come. E*Trade stock continues to slide and most brokers had “sell” ratings on E-brokerage stocks at press time. Steve Galbraith, an analyst at investment research and management firm Sanford C. Bernstein, says, “I’d much rather put my dollars in Morgan Stanley or Merrill Lynch.”

Galbraith also says E*Trade’s focus on a completely electronic business model may not give it room to grow. “Investors are realizing that the Internet alone cannot define you, that instead it’s only part of a broader client relationship. Other things are necessary—advice, research, etcetera.”

While an April merger with Telebank created E*Trade Bank, which offers full-service checking and the like, has helped elevate the overall number of accounts for E*Trade to 2.6 million as of June 2000, that’s still well below the 3.7 online accounts of clicks-and-bricks leader, Charles Schwab. “Charles Schwab and Fidelity are masters of phone, Web, retail, and different tiers of face-to-face. That’s necessary to compete,” says Diorio, adding that E*Trade’s lack of in-person service may help knock them out of the long-run race.

Not surprisingly, Dan Hubbard, director of corporate communications for Schwab, agrees. “It’s not just about online. A successful financial services firm such as ours realizes that people also want a personal relationship when they are dealing with something as important as their money.”

The Long Road
Steve Diorio, president of IMT Strategies, predicts that E*Trade won’t be around for the 10 years that it could take for 20-something traders to become financially solvent 30-something investors. But Sievert says finding investors with money is not the problem. “We already do attract people who invest and bank with significant amounts of money… people from all walks of life and all levels of affluence.”

Galbraith counters that E*Trade’s prospects of finding and retaining financial heavy hitters are slim. “Most people with a lot of money do not keep big balances in their checking accounts,” he says, and the addition of a banking service may not change that equation. “I would expect it to attract a lot of accounts, but not a lot of big ones.”

Still, Galbraith finds grounds for optimism, at least somewhat, about E*Trade’s chances. “With respect to size, most folks do feel E*Trade already has enough scale to survive—whether they can thrive remains to be seen,” he says. Diorio is less optimistic about the 2,000-employee operation. “I think they’ve done a good job and they’ve got a decent brand. But the hammer’s coming down.”

But appearances of levity must be kept in the Internet economy and expensive advertising campaigns must go on. “The character and the wit and the humor of our ads,” says Sievert, “are about making a psychic connection with people who are of a like mind and empowering them to find their own financial success.” It all sounds so groovy.