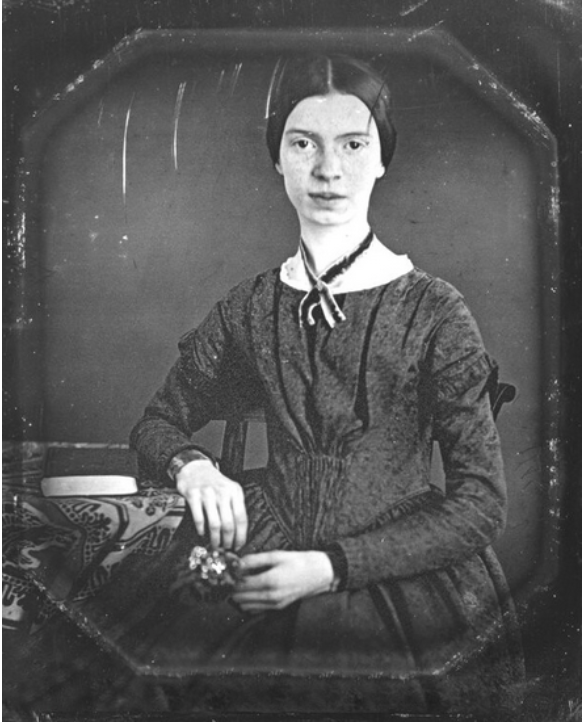 In 1862, Emily Dickinson tried, and failed, to write a poem about a hummingbird. She decided that the final piece was awkward, and put it aside. Eighteen years later, she returned to the poem, editing the original 20 lines down to eight.

The final result, “A Route of Evanescence,” is one of her most superb, wrote Thomas H. Johnson, the editor of “Final Harvest: Emily Dickinson’s Poems.” She wrote another 1,800 poems in the meantime.

But, “She never forgot what she wanted to express about the hummingbird,” said Johnson. “Sound, iridescent color, vibration,” he wrote. That single-mindedness and persistent reworking of words until they met her own standards are part of what scholars say makes Dickinson’s work memorable.
“Anyone who encounters her poetry in print never forgets what it looks like,” said Jonnie
Guerra, vice president for academic affairs at Cabrini College and president of The Emily
Dickinson International Society.

Driven in her private, passionate pursuit of poetry, Dickinson (1830 86) wrote her way
into literary history. Her poems, many about love and death, are now among the best-
known and best-loved.

Quirky and reclusive, Dickinson published only 10 poems during her lifetime. She rarely
left her parents’ upscale home in Amherst, Mass. And no one, not even her sister Lavinia
who lived with her, knew of her intense and private love affair with language.

It was not until her death that the bulk of her works were discovered. She’d carefully
tucked them away, tied with string in precisely arranged packets.

The first volumes were published in the 1890s and were bestsellers. Volumes published
in the 1950s spurred a renewal of interest in her work. It’s still a staple in English classes.

Known as the “Myth” of Amherst, Mass., she was a mystery to many people in the town.
It was common for upper class daughters of the day to live with parents if unmarried. Yet
Dickinson chose to live almost completely away from the public.

An early letter points to her unusual choice. “The path of duty looks very ugly indeed —
and the place where I want to go amiable,” Dickinson wrote in a letter to friend Jane
Humphrey.

Cristanne Miller, an English professor at Pomona College, says Dickinson chose solitude
to focus on her craft. Limiting social interactions gave her the ability to document her
intense inner life.

“I think this was a way for her to just protect her time,” said Miller. “I think she decided
to do it in an extreme and melodramatic way rather than weighing every single
circumstance.”

That, says Miller, would be a dream come true for many writers who seek solace to
bolster creativity. But being private didn’t mean that Dickinson was cut off. To keep an
eye on writing trends, she kept lively correspondences with luminaries of her day.

At the age of 31, Dickinson mailed a small package of poems to a well-known literary
critic and essayist. Thomas Wentworth Higginson, upon receipt of the poems,
pronounced them “spasmodic.” He was editor of The Atlantic Monthly and suggested she
change her style. She refused.

Nevertheless, he became her literary mentor. After their first face-to-face meeting,
Higginson wrote a letter to his wife. “I was never with anyone who drained my nerve
power so much. Without touching me, she drew from me,” he wrote.

“Though impressed with her profundity, [Higginson] was awed by her strangeness,”
wrote John Cody, author of “After Great Pain: The Inner Life of Emily Dickinson.” Cody
writes that Dickinson suffered from a variety of mental illnesses that kept her
housebound, a claim many scholars dispute.

Cindy Dickinson, director of the Dickinson Homestead, which is now a historic
monument, says that the poet’s home was her haven. “The fact that she had spaces to call
her own gave her the peace and quiet to pursue her craft.”

In letters as in poetry, Dickinson reveals glimpses into her creativity. In an 1861 letter she
wrote, “Now I am looking your heart in the Eye.”

Higginson wrote in The Atlantic Monthly in 1891 that the letters show “the peculiar
quality and aroma of her nature.”

About 1,000 Dickinson letters have been recovered. Historians have used them to piece
together a biography. But, admits Guerra, “It’s hard to connect her poetry to specific
events of her life,” because the poems weren’t dated.

Dickinson’s contemporaries included Ralph Waldo Emerson and Walt Whitman, writers
of the transcendentalist movement. They glorified nature and man’s divinity. But
Dickinson wanted to focus on what people saw in their dark moments.

She looked to current events for inspiration. Miller says that the Civil War was a major
influence on her work. It “was undoubtedly the most catastrophic and extraordinary event
of her life,” Miller said. Dickinson wrote almost 1,000 poems over a seven year period
between 1858 and 1865.

Guerra notes that of the 10 poems published while Dickinson was living, three were in
Civil War newspapers, which raised funds for Union troops. A stanza in which Dickinson
writes about the moment of death illustrates her dark sensibility and unique style:

“This is the Hour of Lead —
Remembered, if outlived,
As Freezing persons, recollect the Snow —
First — Chill — then Stupor — then the letting go —”

That poem begins with the words, “I felt a Funeral in my Brain.” Scholars say it’s a
prime example of the intensity, introspection and focus that make her a poetic standard.